For race number 47 I completed the Georgia Marathon.  The significance of this marathon for me, it was the first marathon since hurting my knee in Soldier Marathon.  So with knee brace strapped on I headed out about 4:30 AM to catch a Marta train (Atlanta's subway system) down to Centennial Olympic Park.

Upon exiting the train at the Peachtree Center Station I pretty much followed the crowd to get to the park.  Still dark but it didn't matter - much activity going on.  Actually it seemed quite festive. 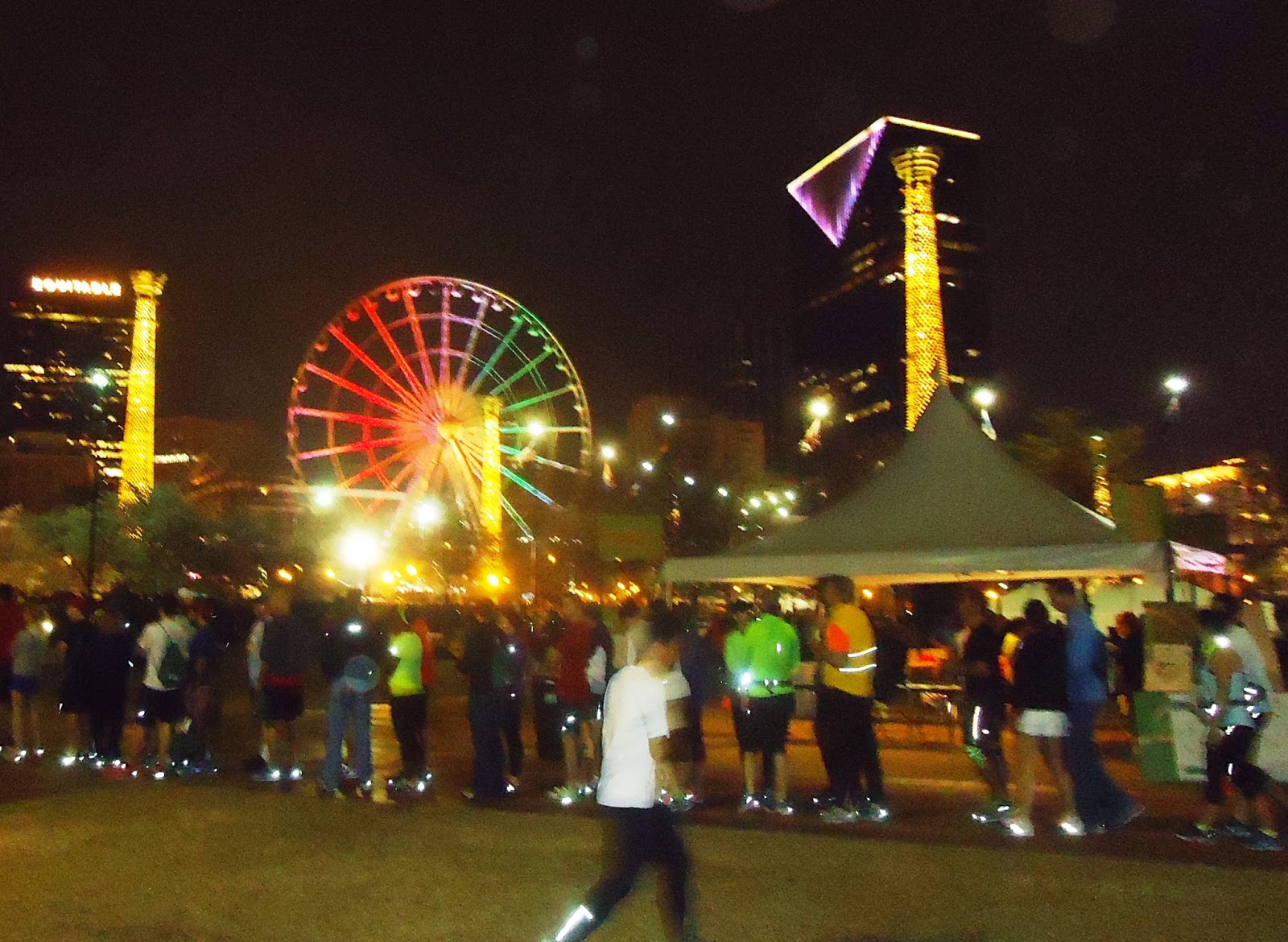 Lots of people, the guy on the P.A. said there were over 13,000 people signed up for the marathon, half marathon , and 5K.  I think he also said 42 states and 22 countries were represented.  Big crowd.  They had 14 corrals (A-N) and since these are in finish time increasing estimate order, me, being a walker, was assigned to corral M.  When I got to corral M, noticed a sign that said "1/4 Mile" which meant a quarter of a mile worth of people would start this race before me : ) 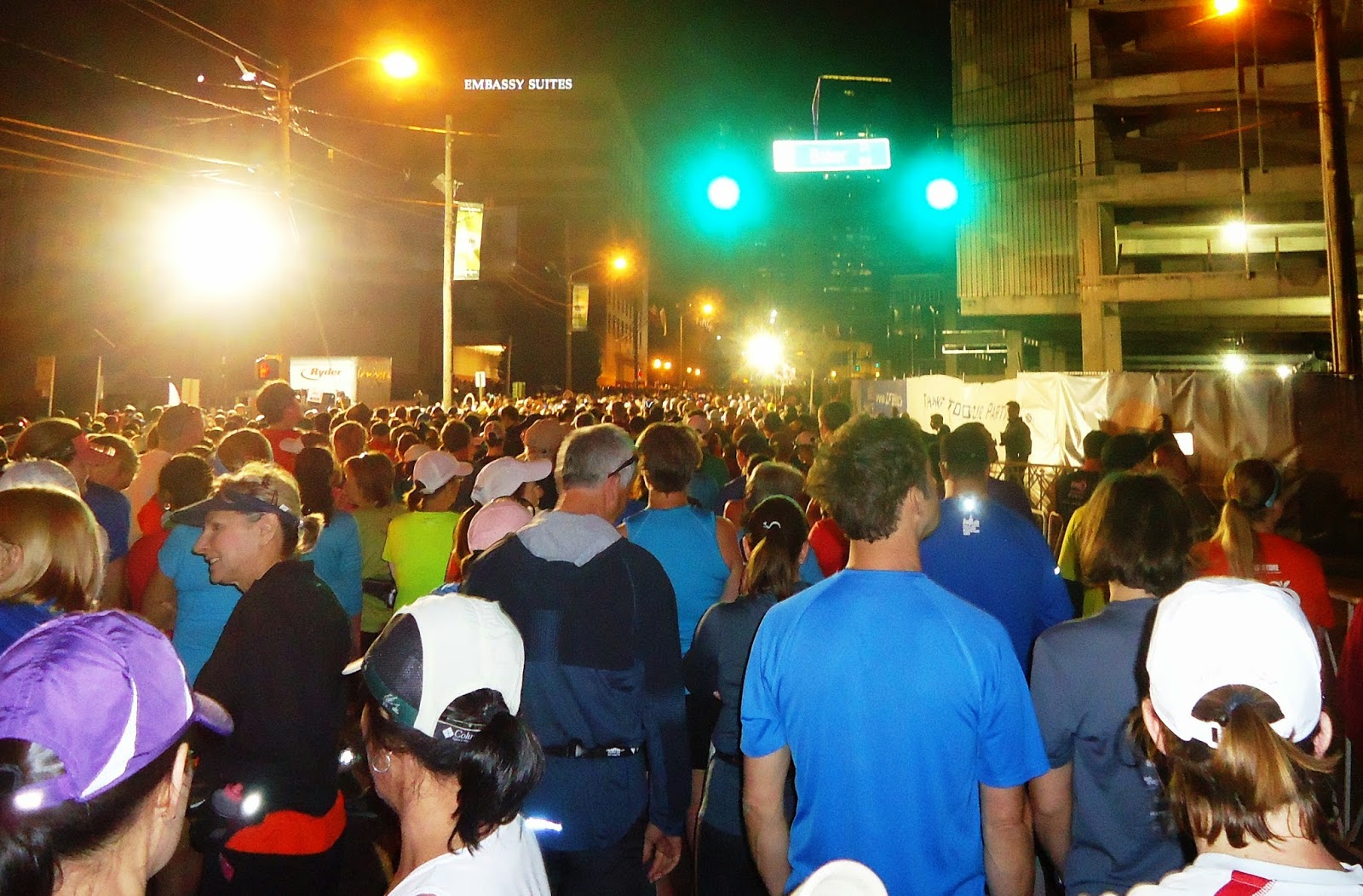 It took about 12 minutes for my corral to get to the starting line once the race started.  And we were off.  It was crazy crowded at first but after a mile or so was just crowded.   At mile 7 the marathon route split from the half marathon and it really thinned out for the duration of the race.

I really did like this course in regards to what you see on it - it was a great tour of the City of Atlanta.  Sure, I had driven many of these roads before but there is so much missed from a car.  The finisher's medal ribbon included many of the major spots the course went through: 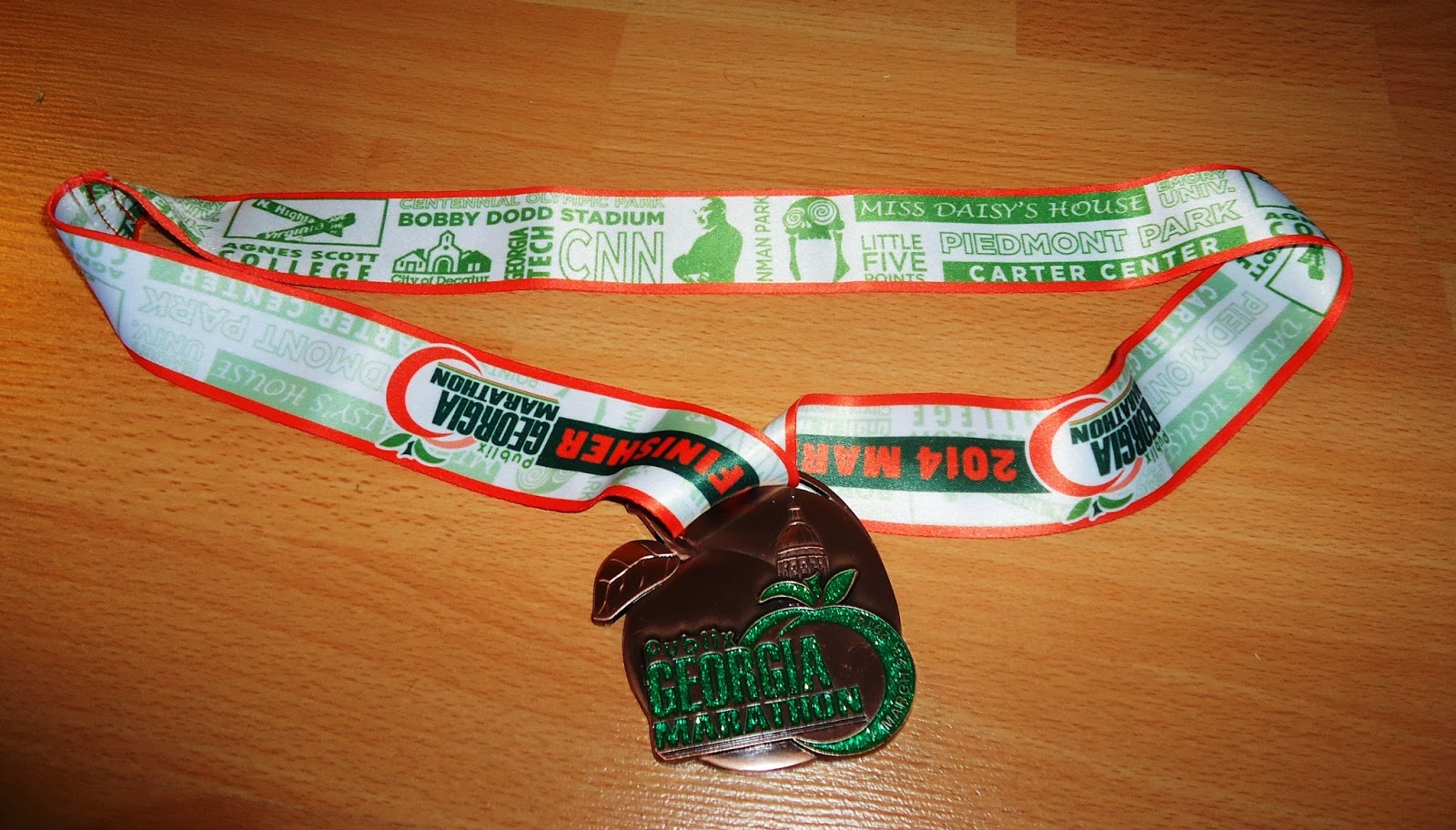 The marathon had a 6:30 time limit so it was my goal to walk the entire course under that and I did.  I was happy with the outcome.  At this point I'm not sure I'll do it again though (never say never).   I much prefer the half marathon distance so maybe next time I'll do the 13.1 mile instead.  We'll see - have plenty of time to decide.

As usual the last few miles were the toughest - thighs screaming, feet screaming,...  Yeah, I was ready for it to be over!  So after about 108,000 steps I crossed the finish line, got a bottle of water, chocolate milk, post race food bag and stretched for awhile.  After that was the anti-climatic walk back to the Marta station.  Made it to Marta waited a few minutes and caught a train.  Luckily the train was not too crowded - was able to find a seat and relax.  So I'm on the train, not sleeping but eyes more or less shut and we go a few stations - people getting off, coming on.  When I opened my eyes, thought I was hallucinating...