One of the things that I really like about this race - they have a 'walking' division.  So the walker I am signed up to walk this half marathon.  And new this year, since they did want all off the course by 12:00 noon (on a 9:00 AM start), they offered an early start at 8:30 for anyone who wanted the extra time.  So for the first time in all these races I've done so far, I got to take part in a race with an early start.


There were 15-20 early starters, some walkers, some runners.  They wrote down our bibb numbers, blew the horn and we were off.  It was a bit weird for a few blocks.  People were on the race course/side walks not having any idea that we were participants in the race.  But time & distance did resolve that.  It was nice getting the early start.  At about mile 4 the runners started passing.  The passing did not cease until the end of the race.  That was really the major difference as typically few people pass me in a race and towards the end there are times I see no one else on the course.

My goal this year was to finish the race under 3:00 hours.  Last year I was in better shape and completed the race with a pretty good walking time - good enough to place 2nd in the Walking division.    But this year, finishing under three hours would be fine with me.  Ironically my watch battery went dead as soon as I started it for this race.  Oh well.  So I had no idea of my timing during the race and in hindsight think that I enjoyed it more.

I had my camera with me and got a couple of pics from the backside of the race: 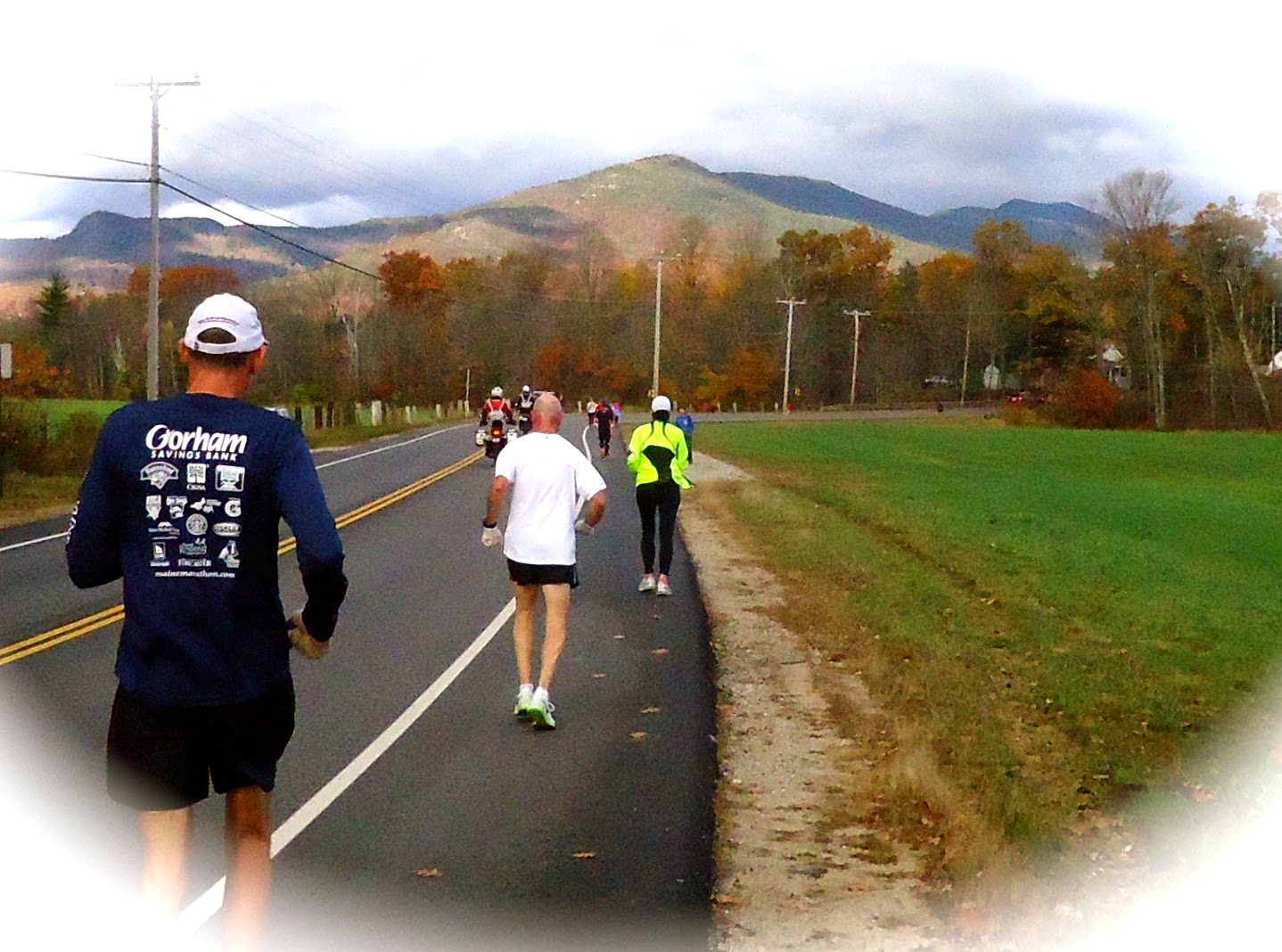 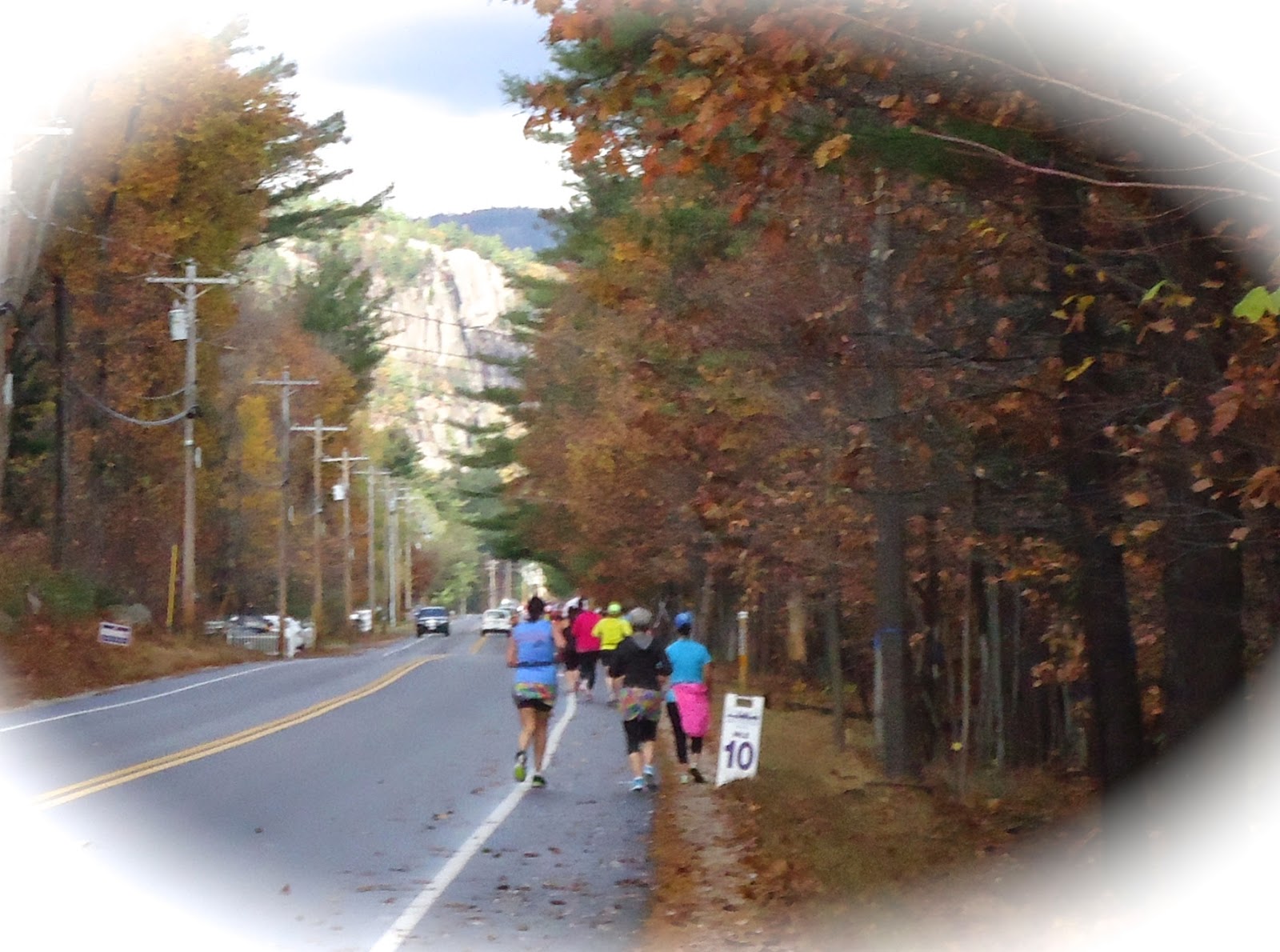 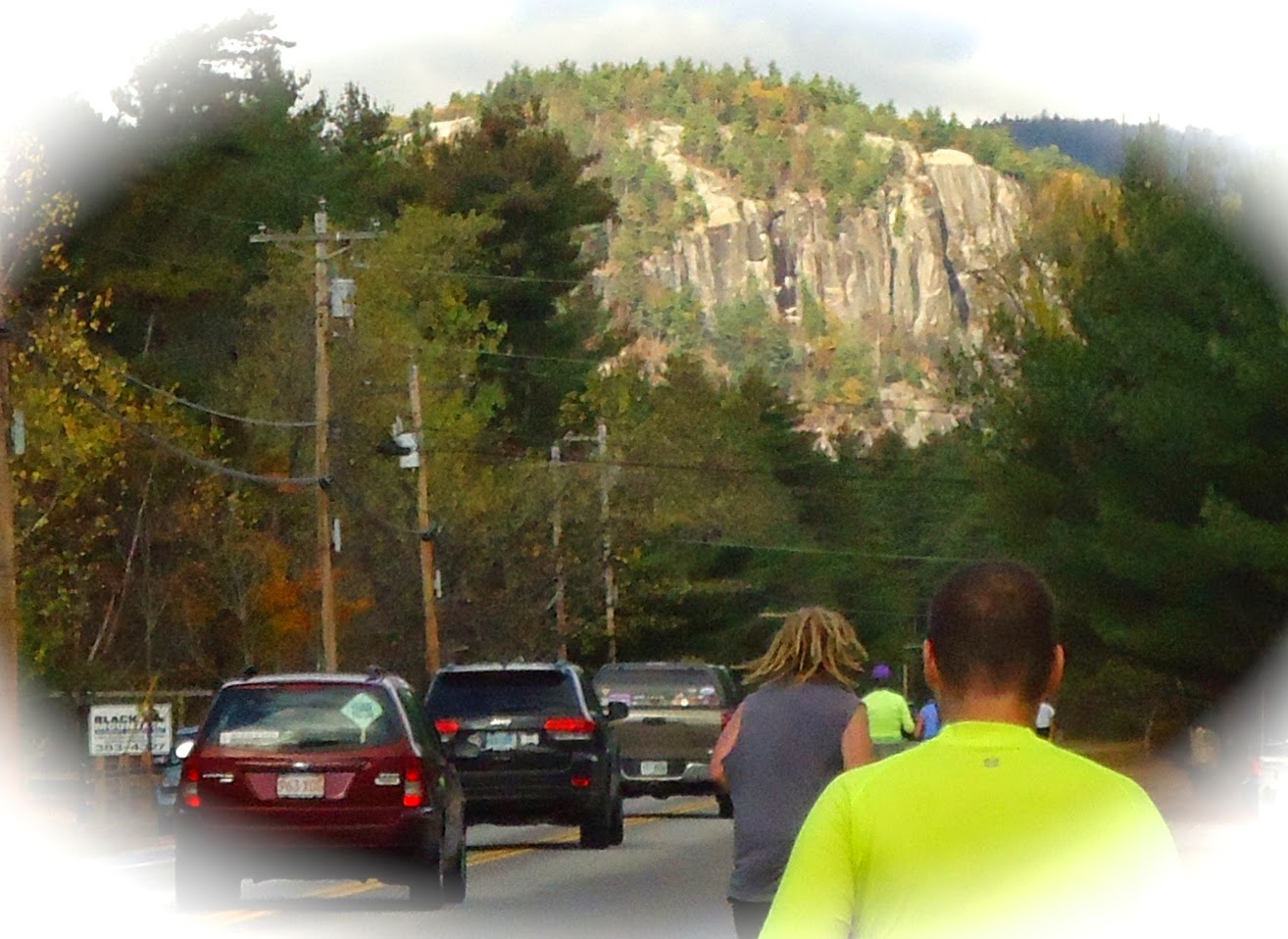