I did a half marathon distance in the "One Epic Run" event in Spartanburg, SC on Saturday.  This event was a 24 hour trail race that allowed participants to accumulate as many miles as they could during that time period.  Or, as advertised, you could do any distance you'd like.  Originally my plan was to make it a 50K.  But with my recent knee issue, I thought it would be more prudent to cut that distance down.  So I opted to do it as a half marathon.

The day started out very early for me as I opted to drive up to Spartanburg (~170 miles) that morning instead of the night before.  If I do this race in the future, I think I would take them up on the offer to camp out the night before as the race sign up fee ($35) included a campsite :) at Croft State Park where the event took place.


The race had 98 people registered and that was pleasant in comparison to the Atlanta Half Marathon that I did a few weeks earlier with 10,000+ people!  This is definitely more my speed.  Upon arrival (with about 15 minutes to spare) I needed to find where we check in - was told camp site #11...


So check in was a breeze.  With only a few minutes before the start, the race director hopped into the back of a pickup truck, gathered everyone and explained a bit about the course.  The trail was shaped like a lollipop and just over 3 miles.  The trail head was just on the back side of the trailer on camp site #11 and after each loop be sure the volunteer who is keeping track marks you down.  And we were off.

This was actually a non competitive race, sure there were personal competitions going on, but the RD opted to not have a leader board.

The course for the most part was not too technical - not many rocks, roots, or climbs.  It was pretty though: 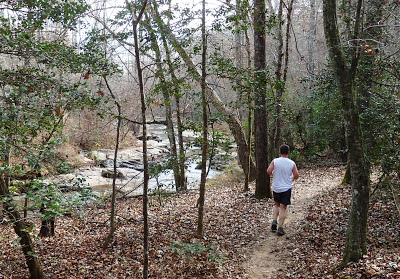 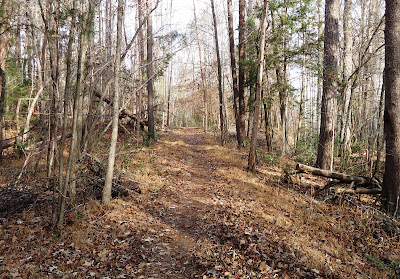 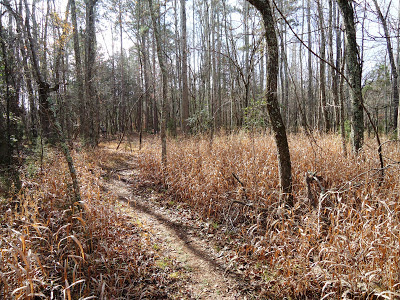 The Bridges of Croft State Park

We had to cross over water a few times on the trail and I noticed the farther out we got, the more primitive the bridge:

I'm just glad we didn't have to go into the water!

Although my original intention was do make this a 50K (10 loops), because of this knee issue that is still not resolved, I did it as a half marathon (4 loops) instead.  I am glad I switched this.  The knee started tightening up towards the end of loop 3 and at the end of loop 4, it was hurting.  However, I think I would like to do this as a longer race/event in the future.  Maybe next year the knee will fine.

Oh yeah, in case you are not familiar with trail race aid stations (we had one aid station where we checked in after each loop) and it was stocked!!! 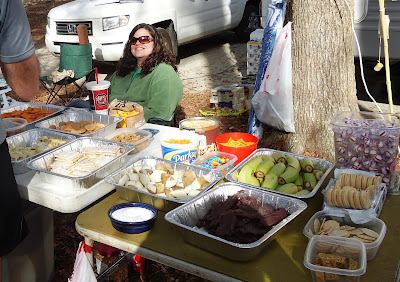 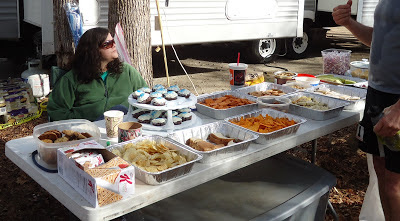 This was a fun race, I highly recommend it!

at December 09, 2012
Email ThisBlogThis!Share to TwitterShare to FacebookShare to Pinterest
Labels: trail