The Great Saunter - Down the Eastside

This section of the Great Saunter is part three of three - going down the Eastside of Manhattan.  One of the challenges I had at this point was low battery in the camera.  Besides taking about 250 pictures, I captured a lot of video.  The video capture really consumed a lot of the battery.  Therefore, fewer pictures were taken on section three.  So, note self for the next time I do the Sautner, extra battery!  Also, truth be told, exhaustion was really starting to settle, I was tired.  My motivation waned from trying to capture the Saunter in pictures to just finishing it!

The Eastside, although much of it was near shoreline, was also very different from the Westside.

It was about this time when two women, Great Saunterers (you could tell as they had their bib attached to their backpack), were jogging pass me and I playfully called out "Hey, that's cheating".  They looked back, smiling, and said "Yeah, but we just want to get this over with".  Actually I was amazed that they had enough left in them to run at this point.


Almost there, almost done.  Totally exhausted at this point - very little camera battery left and very little desire to take pictures at this point anyway.  Really really just want to stop walking and sit down.  About a mile or two to go...

Very lucky for me, the rain started in the last 10 minutes of the this just over 10 hour walk.  I'm a lucky guy.

As I approached the South Street Seaport area, where the Great Saunter started and finished two years, I was saddened to see how it was all under construction.  The area was devastated by Hurricane Sandy in 2012.  It was just sad to see.

And finally after 10 hours and 15 minutes - Fraunces Tavern!!!  And, as promised, my sister was waiting for me!  I am a lucky guy!

It was a great day! 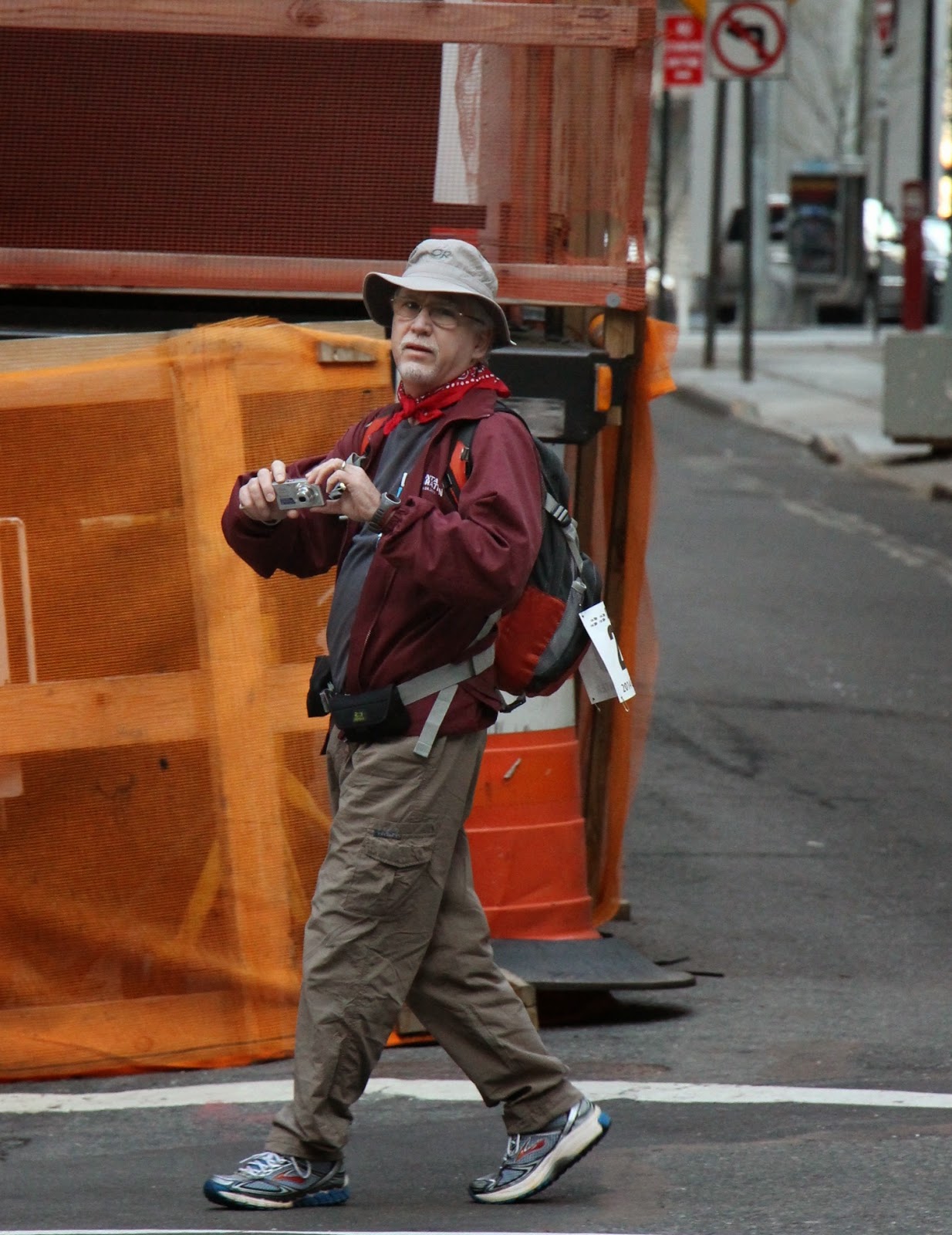 Part One of the Great Saunter- Up the Westside

Part Two of the Great Saunter - Zig-zagging through Harlem

at May 10, 2014
Email ThisBlogThis!Share to TwitterShare to FacebookShare to Pinterest
Labels: distance walking, The Great Saunter