A Walk on the High Line - NYC

During our quick visit to Montclair, NJ, my sister Laura suggested we walk the High Line in Manhattan.    Not knowing much about the High Line, I googled it.  What a great concept, re-purposing an old, no longer used elevated railroad platform from 12th Street to 34th Street on the Lower Westside of Manhattan.


Super convenient was the NJ Transit train from Upper Montclair to Penn Station (33rd Street).  We caught the 8:12 AM train and that put us in Penn Station at 8:59.  One of the things I noticed on the train, quite a few commuters had bicycle helmet attached to their backpack, briefcase, purse,...  It was just an observation while on the train.


Perfect weather for a walk in the city.  A short walk from Penn Station which sits directly below Madison Square Garden and we were on the High Line.  The very first observation on the High Line was the design: 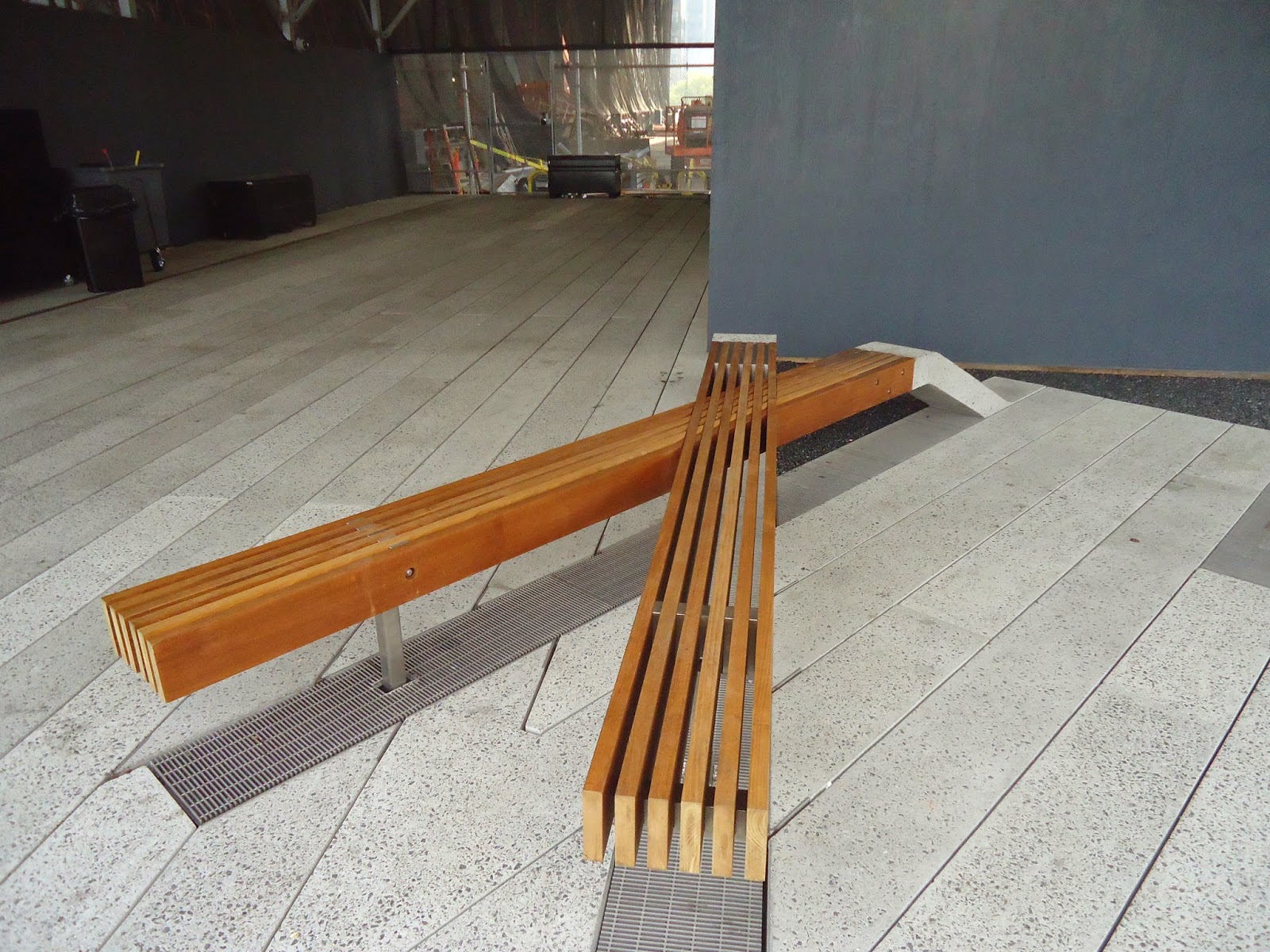 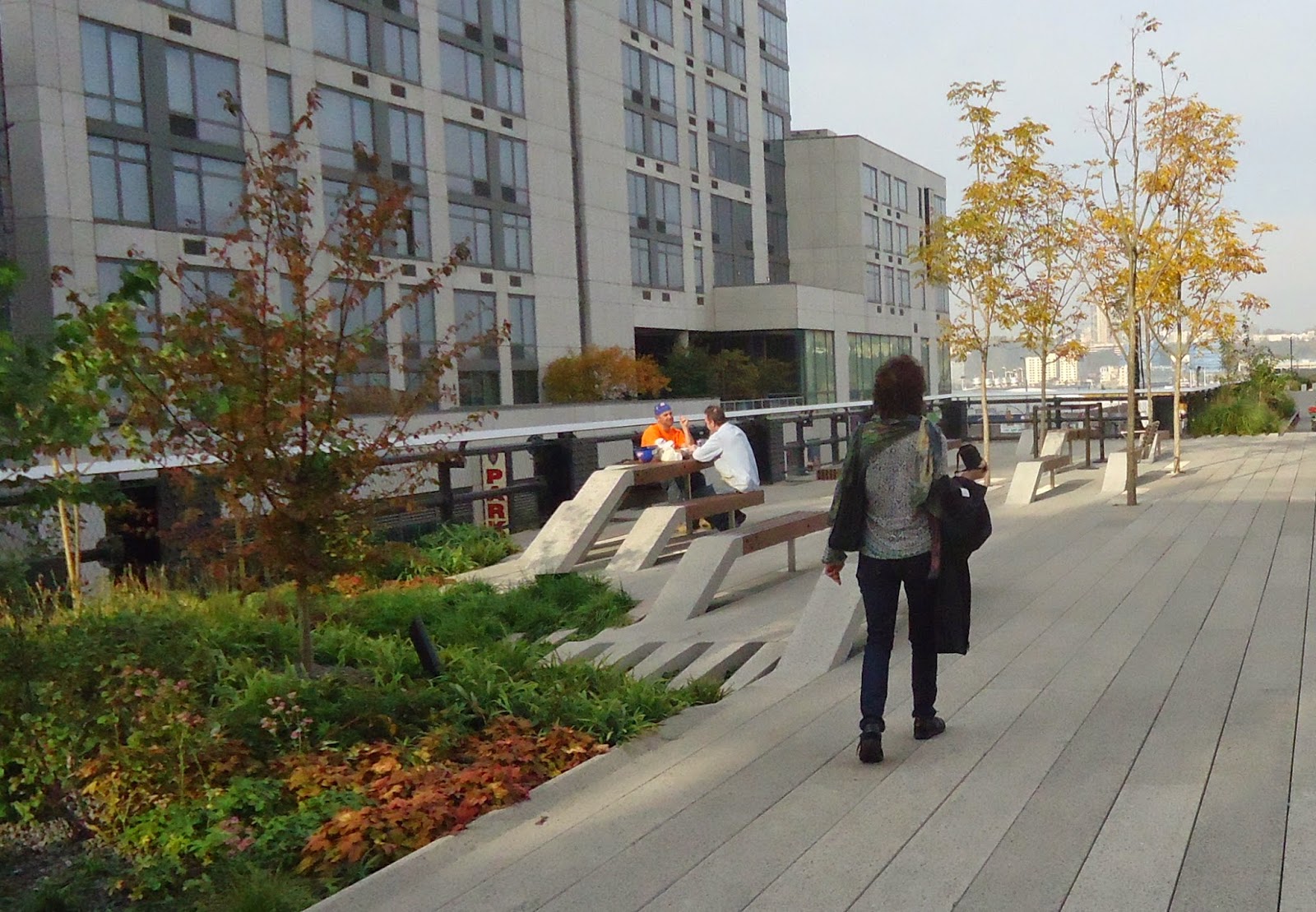 According to Laura, the section we were on is the newest section called the High Line at the Rail Yards.  Well a bit ahead that name made sense:

So if you ever wondered where those commuter subway trains went after the morning rush hour, now you know. Yes, that is the Empire State Building in the background.

Next we headed south on the High Line. The Fall foliage was impressive.

And the way the designers planted things in the old rail lines was interesting:

Continuing south the views off the High Line were just as interesting.  Remember when I mentioned I noticed a number of people on the commuter train with helmets, well now it made sense:

Citi Bike has thousand of bikes for rent all over the city 24/7/365. In recent years NYC has converted many street lanes to bike lanes.

There was no shortage of artwork on the High Line, large and small.  Here are a few of the bigger ones: 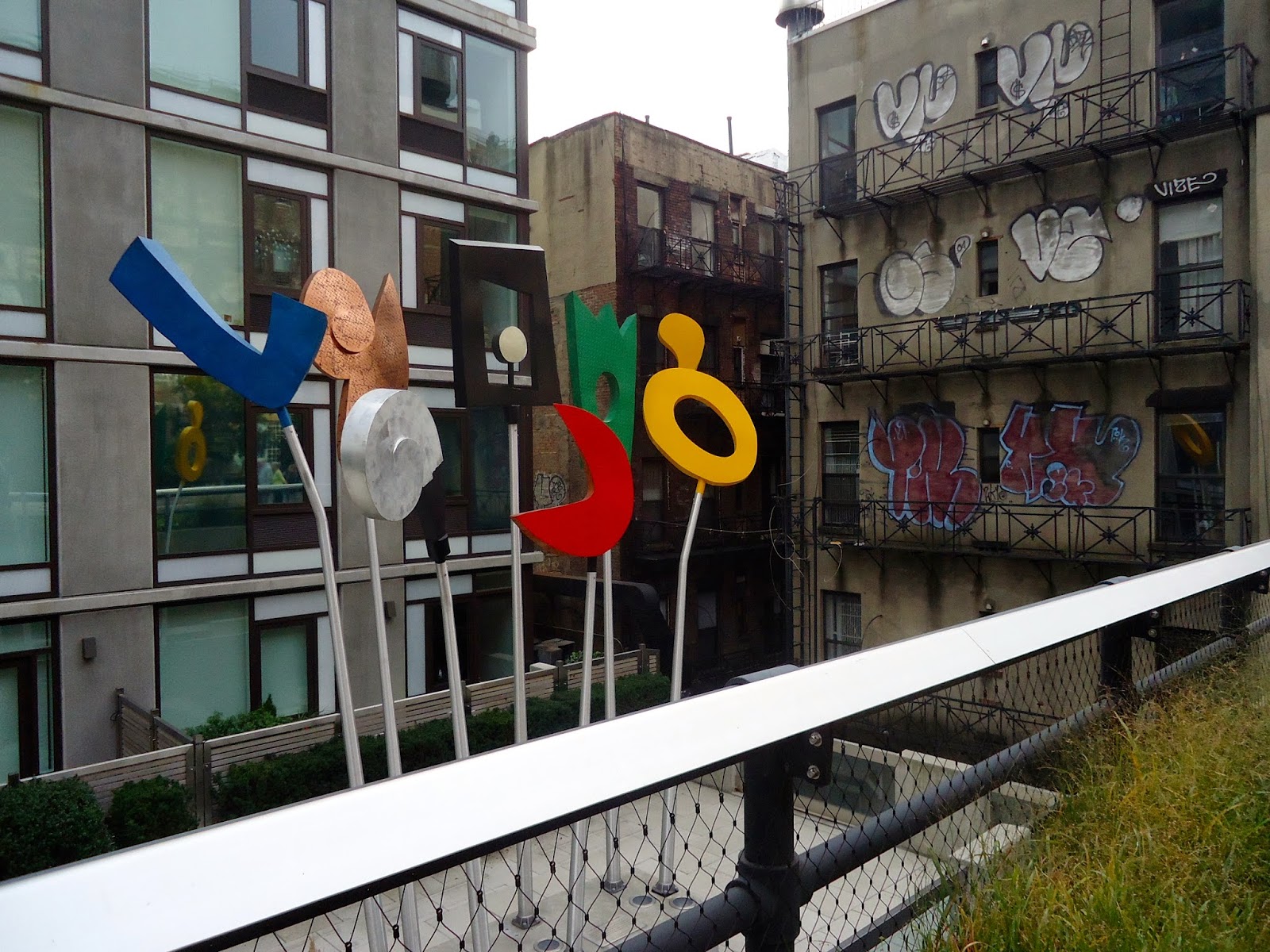 This is such a great place to take a walk. Just incredible amounts of different foliage.  My sister has walked the High Line in all the seasons - it's a different walk each season.  I hope I get chance walk this in all seasons someday.

Hard to believe we were in the middle of the city.  Next for those who cannot parallel park, which is sort of required for parking in NYC, the city has you covered.  I noticed this sign down below. 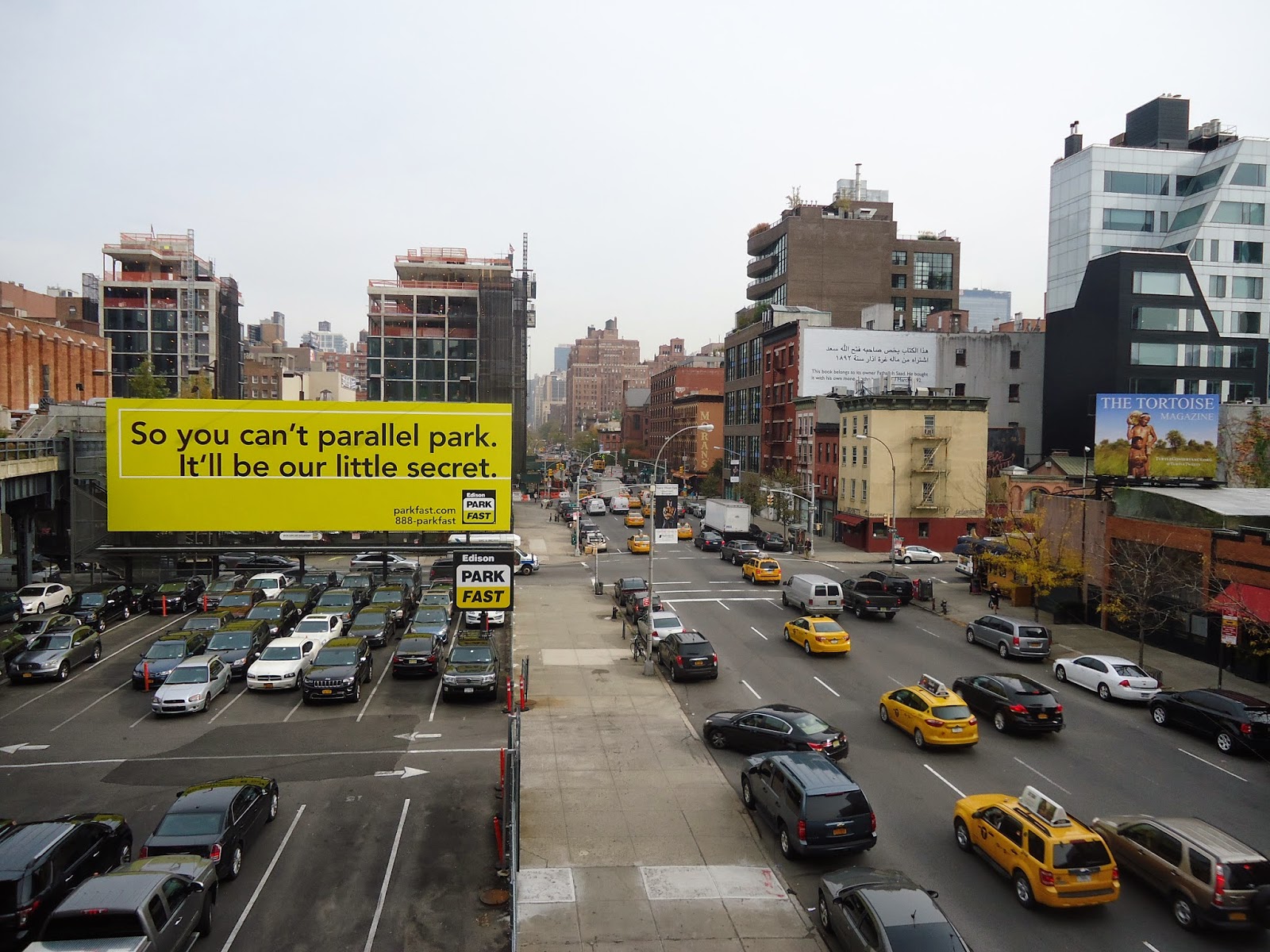 Look where they keep your car.

Talking about NYC real estate, you could buy an apartment right on the High Line.

And if you do get thirsty, no problem, plenty of places along the way... 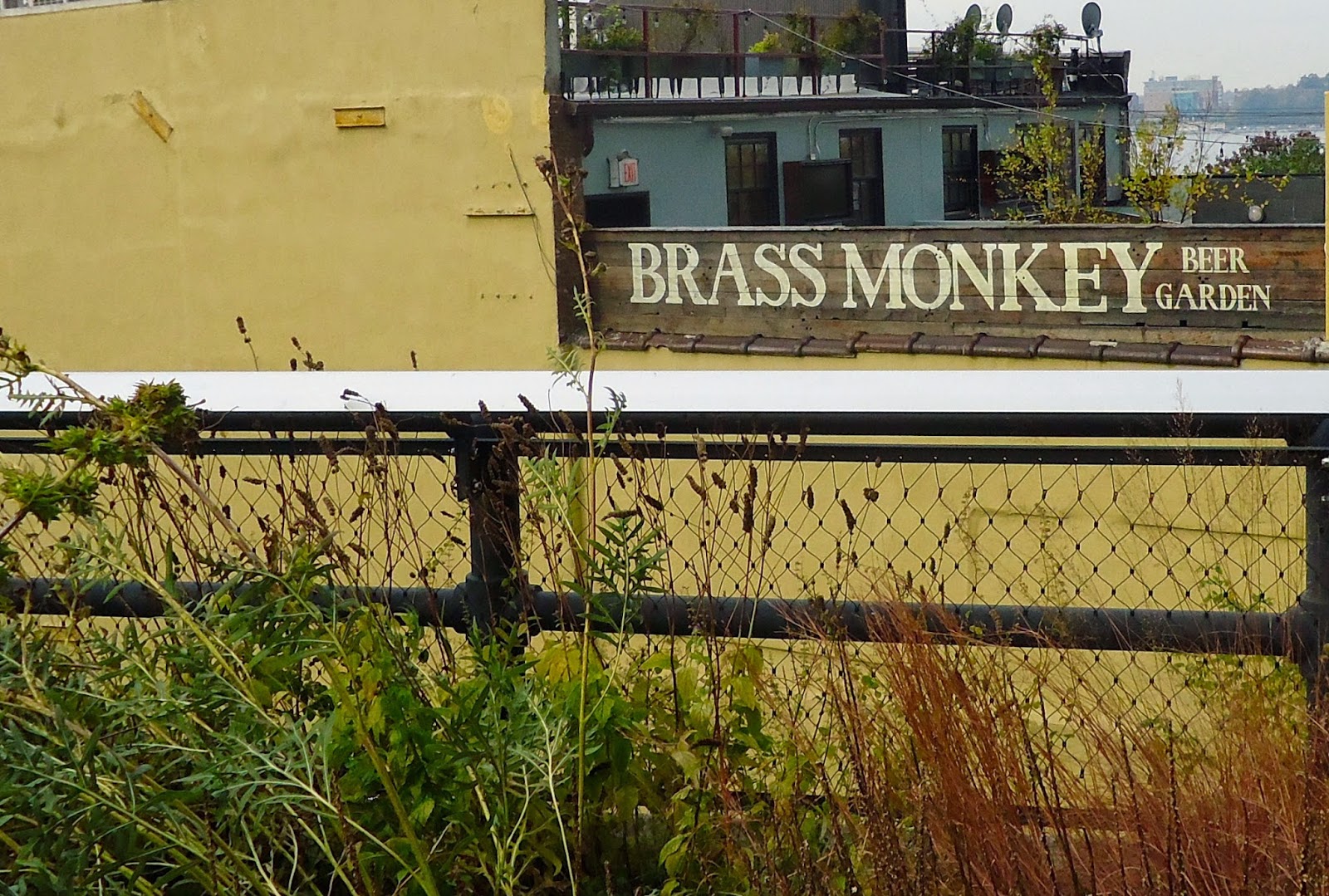 Once again, it really did not seem like we were in the city at times

We exited the High Line in the Meatpacking District where it ends and headed over to Chelsea Market.  The High Line is just shy of 1.5 miles.  Laura treated us to a matinee show on Broadway so we needed to head north to the Theater District. Instead of going back up the High Line we decided to walk on city blocks as a contrast and what a contrast it was!

We made out way back up to 47th Street - the Brooks Atkinson Theatre for a performance of Love Letters starring Carol Burnett and Brian Dennehy. Excellent show and wonderful performances by both. 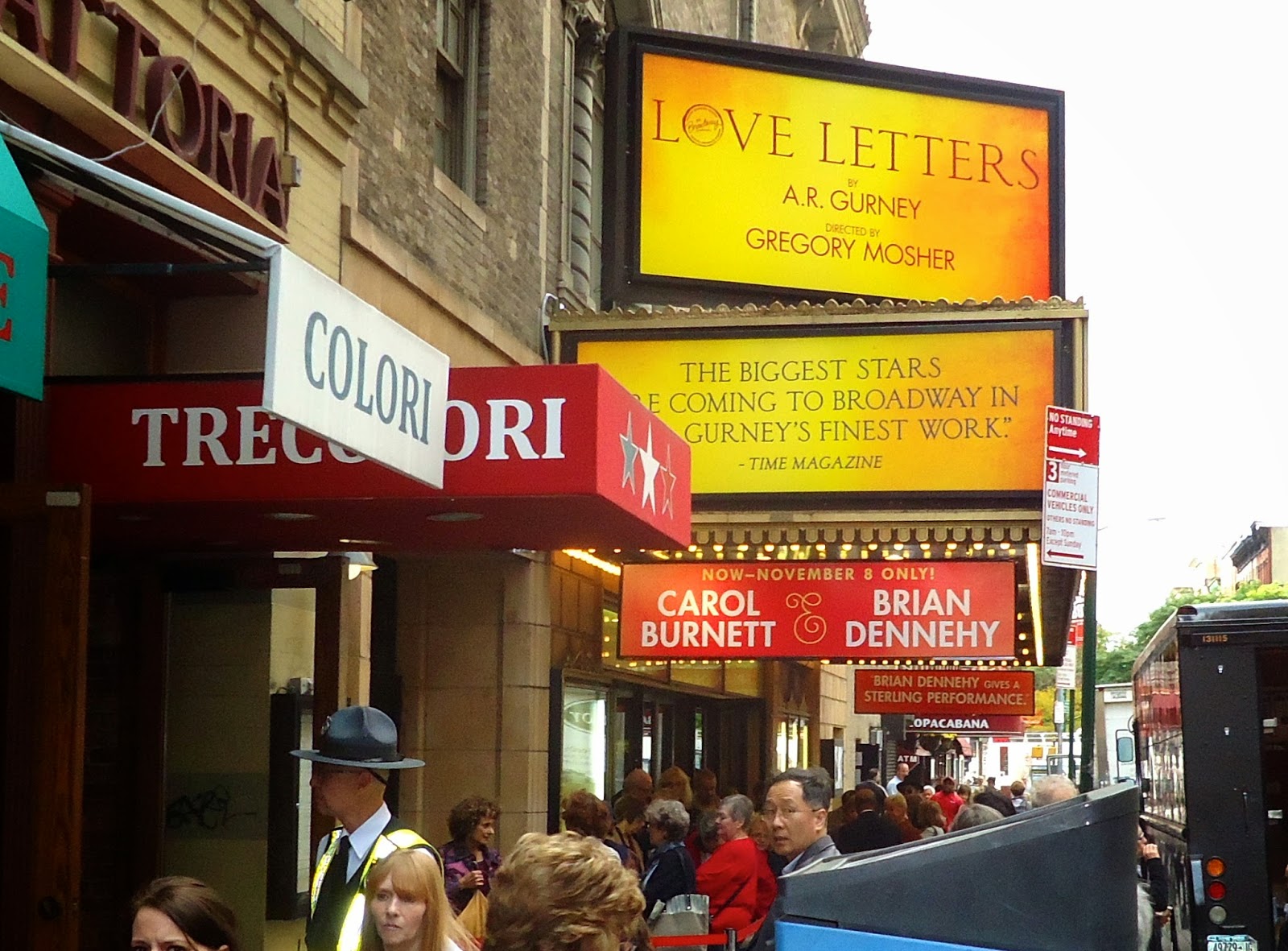